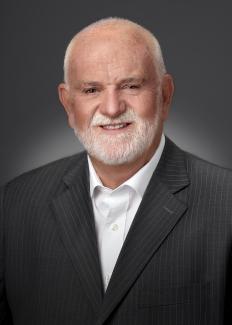 Russ is known as an experienced and respected financial consultant throughout the financial industry for his knowledge, high energy and enthusiasm. His unique ability allows him to take extremely complicated financial and tax planning issues and simplify them for clients.

Russ has continuously earned the right to be recognized in the President’s Elite Club, which recognizes the top 1% of IG Private Wealth Management Consultants (2014–2018). Russ was the voice behind the Financial Planning Tip of the Day on two radio stations for decades.

He also contributed numerous articles to local newspapers. He is regularly featured as a keynote and guest speaker at IG conferences across the country. A strong believer in supporting the community, Russ contributes to many charities and organizations and Russ and his team maintain the highest level of ethical standards. Russ is married to Rita, and has three children and six grandchildren.